For years we bowled the Quaker State Open at Jeanie Hulsey’s Forum Bowl in Irving Texas. This was a great event, Jeanie was the perfect host. She would have a bunch of us stay at her apartment at Golden Triangle Lanes while during the tournament she stayed at the apartment at Forum Bowl. There are many great memories that come from that tournament. First let me say I”ve made a lot of good friends in Texas. I roomed with Skee Foremsky for years, Robert Lawrence who worked for Brunswick and I became very close. Too many people forget that Robert is a U.S. Open Champion. Del Ballard and I bet dinner every year on who will end up with a better record, The Mets or the Rangers. Dave Ozio is a good friend and one of the best talents to come out on tour. My hero is Bill Lillard, when you look up the word class in the dictionary, there should be a picture of Bill Lillard. And then there’s Mark Williams, Mark was on Brunswick staff for a lot of years. We became good friends, working together, exhibitions etc. One thing about Mark is he is one of the leading chop busters on the planet. He never misses the chance to get in a dig on somebody. 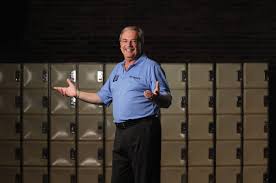 One year at the Quaker State Open we’re all in the paddock waiting for roll call for the pro-am. I had recently heard a good open ended joke. What I mean by that is you can change the punch line to tease whoever you want, any team, group or individual. I realized, here’s my chance to get one on Mark.

The joke goes like this… Three men die and go to heaven. In heaven they meet Albert Einstein, Einstein asks the first man What’s your IQ? The man says 161. Einstein says Really! Would you like to discuss the Big Bang Theory, creation of the Universe? The man says sure. Einstein says Stop by and see me.

He then asks the second man, what’s your IQ? the man says 172. Einstein says really! Would you like to discuss the theory of Relativity E=MC2? The man says yes, Einstein says stop by and see me.

He then asks the third man what’s your IQ? The man says 50. Einstein say 50? He thinks for awhile and finally says,

“How bout them Cowboys!!”

Everybody laughs and as the laughter dies down.

Mark says, I don’t think that was very funny.. which make everybody laugh twice as hard.

We then go out on the lanes for the pro-am. We’re standing at the foul line waiting to get introduced. Mark is on one side of me and John Mazza is on the other, and then the miracle happens. One of John Mazza’s ams is wearing a Dallas Cowboys hat. As we introduce ourselves to our ams, I can hear Mazza talking to his. The guy with the hat asks Mazza, “Hey, how about those Cowboys this year?!” Mazza stars laughing, the gentleman says “What’s so funny?” Mazza came up with some kind of excuse, I had to walk over to Mark’s pair, he said you #%$*. What a great day!

As always you can’t make this stuff up.

more great stories from johnny petraglia and other bowling history One thought on “Bowling Memoirs of Johnny Petraglia – How ‘Bout Them Cowboys Mark Williams?”