Hitting Your Target In Bowling Starts With A Solid Approach

Back in the mid 80’s when I started my Atlanta Bowling Academy, I found that many of my students, both beginners and those who were more skilled, had a problem hitting their target lines consistently. It did not take me long to see what the problem was. For most bowlers it was in their footwork direction. Remember I said the word direction. Of course footwork has many variables such as length, cadence, and a few more, but for today let’s look at footwork direction.

Back then I used a huge video camera similar to the ones you see TV cameramen have today up on their shoulders. Man was that baby heavy! Of course this camera used VCR tapes to record. Forget understanding what a VCR tape recorder is for all you young kids. You have your cell phones and fancy tablets. I loved that camera and I still have it.

Poor Footwork In Your Bowling Approach Will Create Targeting Issues

In the beginning of a lesson I would video my students from the side view to look at timing, swing shape, and some other items of concern. So many times I would hear this. “Coach, I just can’t hit my target consistently.” Let’s think of it this way. Sometimes we throw some good shots where we actually hit our target, second arrow, and we strike. Then, we may hit our target and miss right. Then we may hit our target and miss left. After some closer observations, I could see that the culprit was in their poor footwork direction creating drifting problems. Their launch angles were all over the place. I had to teach my students how to create a consistent direction. So, if in fact our footwork path is bad, our swing can be going all over the place; left and right causing directional problems. It was time now for me to take my huge camera behind my student being sure that I was directly behind their bowling shoulder and to have their entire body in full view. No need to zoom here, just video from start to finish.

Back in my days when I created the Kegel Training Center I was so very fortunate to observe and video many of the top players on the PBA Tour, the PWBA Tour, and countless premier bowlers from around the world. I can assure you that from all of those hundreds of hours of video, practically all of them walked straight to the foul line. Very few of them veered off line. Of course some of them did, but being top players, they could compensate to execute a consistent shot. It is very common that most two handed bowlers today will hop away from their walk direction and cause havoc to the pins; but what was a two hander back in 1997. Maybe some of you saw one but I never did.

How To Create A Great Bowling Approach

Good footwork direction starts from your stance and goes through to your finish position. That will create a consistent swing path allowing your head to stay in line with the ball throughout the entire swing. In addition, the right sport specific training can also help you perform at your optimal level.

Let’s say that we have a four step bowler, step one is called the crossover step. It should be placed directly in front of the other foot and will allow your swing to come down in a good direction. By doing this, we have cleared the hip to allow the bowling ball to swing freely. By the way, don’t forget to have your head and ball side shoulder tilted down slightly in your stance. We are off to a good start. Be careful to not crossover to far because this could open your hips and allow the ball to swing behind your back. Now your swing path will be in trouble.

Step 2 – Straight In Front of The First Step

Step two should go straight in front of step, this helps keep your momentum going in the correct direction and allowing for step 3.

The pivot step is to crossover to clear a space for your swing on its way down. When our pivot step, which by the way should be shorter in length, goes slightly inside your head, or a slight crossover we are now in a great position for our swing to pass by the leg under your head. So many of my students will step dead left on two causing their swing to come behind their back. My rear view camera views have shown me that steps one and three should both crossover to keep our swing path in line.

So, now we have come to the slide step. Almost every pro that I have seen on my videos, who are right handers, will have their slide step end up slightly left of their head. The opposite way for left handers. Unless they drift, the majority of them will always slide on the same board as their pivot step. If their pivot step lands on the 20th board they will slide on the 20th board. By doing this they can create great balance and have a nice consistent swing direction.

So, if you feel like every shot you throw is a great shot, but you are getting an inconsistent reaction; maybe its time to look at the direction of your footwork. Working on your footwork direction will help you stay consistent at hitting your target lines. If you are still struggling with consistency after following the steps listed above, I suggest that you find a qualified coach to help you improve your game. A second set of trained eyes can go a long way. 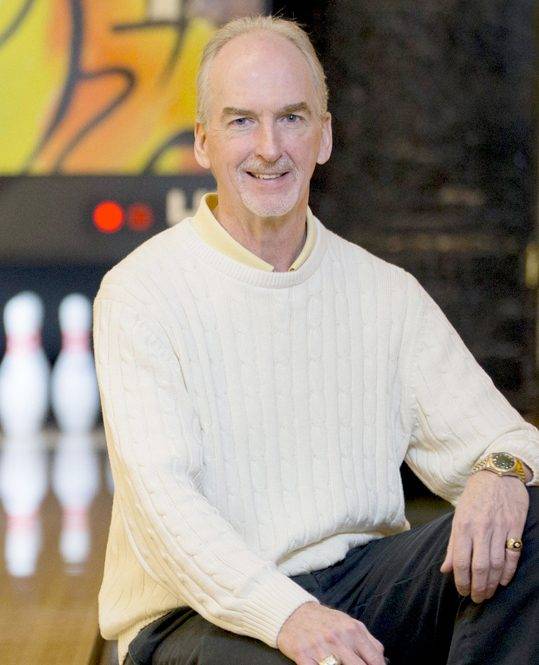 I am extremely excited to join the team at BowlersMart and have the opportunity to share my 30-plus years of coaching knowledge with bowlers of all skill levels. We all know that when bowlers improve their skills, they stay with our sport longer and enjoy it much more. The possibilities are endless to be able to coach for BowlersMart, and I look forward to getting started.”

Shockley spent five years on the PBA regional men’s tour in the 1980s said he got into coaching because he wanted to give back to a game that has given so much to him.

“It’s such a big deal to me to see people improve their game. When they do well, it’s great because they are getting it and that makes it fun and exciting. I coach all levels of bowlers from new beginners to the professionals. Everyone has different abilities, so it’s about helping them to reach their best potential.”