Hey everybody, welcome to another video, this one is going to be kind of tough to show, but we’re going to give it a shot, and I’ll try to be concise and keep it simple but it’s a really complicated concept.  Once again, a few shameless plugs to get started, follow the link in the description or at the end of the video for any of your bowling needs at BowlersMart, supporting them supports me, and don’t forget my code “Rosdahl10” the next time you go to order anything at Coolwick to get 10% off, they’re the ones that keep stuff like this coming.

For starters, most people understand the difference between pearl, hybrid, and solid.  When people think pearl, they think long and snappy, when they think solid, they think early and smooth, and when they think hybrid, they think somewhere in the middle, however, this isn’t always the case.  What we’re seeing on the screen right now is cycling through several pearls, then several hybrids, followed by several solids.  As I’m sure you’ve already begun to notice, the reactions are all over the place.

The first and most important lesson about cover types and cover formulas is that cover types, meaning pearl, hybrid, or solid, only matter within the same coverstock FORMULA.  So next time someone tries to tell you that you need a pearl in your bag or a solid in your bag, that’s straight up nonsense and means absolutely nothing.  As you can see just with the pearls at the beginning, are we talking Omega Crux pearl or UC2 pearl?  The Omega is a pearl with a really strong cover formula, while the UC2 is a pearl with a medium strength cover formula, and generally, the stronger the formula, the smoother the ball reaction is going to be.  If you want to say well but one is sanded and one is shiny, what about the Omega vs the IQ Tour Nano Pearl? Cores and layouts obviously have a fairly large impact too, but we aren’t going to get into that in this video, we’re just looking at coverstocks, and before you try to point out unequal comparisons due to symmetric or asymmetric cores or surface prep, for example, the symmetric low differential IQ Tour Nano Pearl is decidedly sharper than the asymmetric high diff, high split Omega Crux, and both have the same surface prep.

As we continue to go through the hybrids and solids, you can see they too are all over the place.  There are some solids that are longer and sharper than some pearls even at the same surface.  This is because cover formula is vastly more important than cover type.  The symmetric Phaze 3 is quite a bit sharper than the asymmetric Parallax, etcetera.  The point is that while I’ve grouped these balls together by cover type, the reactions are all over the place, so this is the point where you can almost completely jettison the pearl slash hybrid slash solid idea.  Again, the one single situation that types have any relevance are within the same formula, and sometimes that even goes sideways depending on the formula.

When Building a Bowling Ball Arsenal Remember a Mix of Formulas

When putting together reactions for your bags, it’s important to have a mix of cover formulas and cores rather than worrying about pearl, hybrid or solid, that’s largely irrelevant unless you’re looking for variation within a specific window, and even then you might find that with a different combination.  For example, the Idol Synergy which is a hybrid is slotted into a pearl type idea for my bag, or meaning that again, when people think pearl, they think long and snappy.  If I need something clean and responsive, the Idol Synergy gets the nod most of the time because it’s pretty long and sharp but rolls strongly, it’s actually longer and sharper for me than the Idol Pearl. Up on the screen now is Storm’s current cover and core strength chart, ranked from strongest to weakest.  If you want to save this chart for yourself, just follow the link in the description and you’ll be able to save it, and if you’re interested, maybe check out our Discord server while you’re at it.  Being as familiar as I am with our equipment, reading core numbers in addition to knowing the cover formula gets me 95% to actual ball reaction.  It takes a good deal of experience to truly understand, but that’s why I try to go as in depth as possible in my reviews and my ratings will also reflect this.  The Parallax Effect for example is a pearl, but the Traction X7 formula is 2nd on their overall strength chart, it’s much stronger than an Astro PhysiX for example.  Both are pearl asyms, but look at where R2S is on the chart as opposed to Traction X7.  Strength and backend are also two different things, and bowling on easier league conditions with plenty of free friction tends to blend reactions together.  In addition, with friction response being much more visible than traction, it can sometimes create the illusion that a weaker ball is “out hooking” a stronger ball, when in reality, the weaker ball is just out responding the stronger ball, which is a completely different and even opposite idea or concept, since again, the weaker ball needs friction to move and stronger balls will create their own.

Putting it very simply, the details aren’t easy to learn and often aren’t easy to understand, but they’re necessary if you’re interested in saving time, money, and frustration.  Throwing an IQ Tour Solid in league and then thinking you’re “balling down” to a Parallax Effect because it’s a pearl isn’t going to go well, neither is throwing something strong on higher friction lanes because the pattern is supposed to be heavier, but that’s a different video.  Hopefully you learned something and this didn’t confuse you too much, but go back through and watch the visuals, look at the chart, do some research, compare what’s on the chart to your own equipment and experiences with that equipment, and it might turn some lightbulbs on.  Thanks for watching and may the strikes be with you. 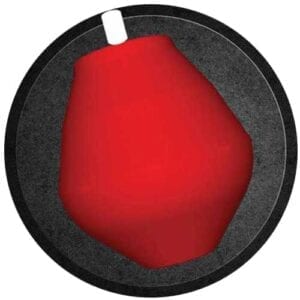 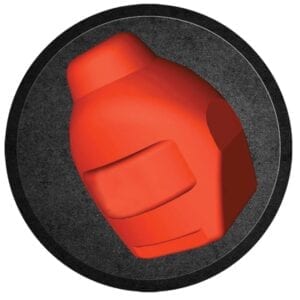