Mike Aulby has 26 titles and is the only one that has won what is commonly called the super slam (U.S.Open, National Championship, Masters, Tournament of Champions and Players Championship). If you ask most of the bowlers who were on tour during Mike’s tenure, they will tell you that Mike wasn’t the most talented bowler out there. But what Mike did have was heart. There was no give up in him. If he was having a bad week, he would be trying just as hard as if he was leading the tournament. If going into the last game of qualifying he was mathematically out of the cash, he would be trying as hard as he could to bowl 300 and make $100 bonus check.

As great as his heart is, his number one quality is he’s a shark. He can smell the blood in the water. If there’s 20 games left and Mike feels he has a board more room than the rest of the field, it’s over. He’s the leader. It takes many things to be a champion – talent , heart, confidence, knowledge, and the will to win. Mike has all of these. I’ve written these first couple of paragraphs because it will better explain the story I’m going to tell.

During the years of the Reichert Cup it was the U.S. against the rest of the world. There were eight players per team. The U.S. team consisted of the bowler of the year, the winners of the four major championships, and three captain’s picks. The international team consisted of the top five finishers in the Brunswick Memorial World Open and three captain’s picks. There was singles, doubles, and team events. The winner of the Cup always came down to the team event. It was possible to lock it up before the team event, but the teams were close enough that it never happened. The years that I was captain, if Mike Aulby didn’t win a major or bowler of the year, I would pick him as one of my 3 picks. I always made him leadoff because he had so much heart and was very animated, so he always got us off to a great start. Before I forget, the team event was three baker games, so the leadoff man bowled frames 1 and 6.

One year the condition on the left side was terrible. Mike had zero ball reaction. We split the first 2 games and the Cup came down to the last game. I felt terrible because I was going to have to replace Aulby in the final game. I went over to Mike and explained, “You have no shot and it all comes down to this game.” Mike’s answer was, “John, you’re the captain, you have to do whatever you can to win. I understand.” I felt great relief, but then Mike said,

“But if you’re replacing me because you don’t think I can strike, I guarantee you I’ll strike in frames 1 and 6.”

My thoughts were, “He’s the shark, if he says he’ll strike, I’ve got to believe it.” I said, “Mike if you’re guaranteeing me you’ll strike, there’s no need to replace you.” I left Mike in, he went to his bag, took out his plastic spare ball, and proceeded to pipe 2 shots up the second arrow and flushed both of them. He may not have been able to do that for a whole game, but for two shots he managed to raise the level of this game and throw 2 perfect ropes right at the one-two pocket. What makes a champion? This was a small example.

Watch some classic Mike Aulby in the 1998 PBA Brunswick Bayer TPC tournament below: 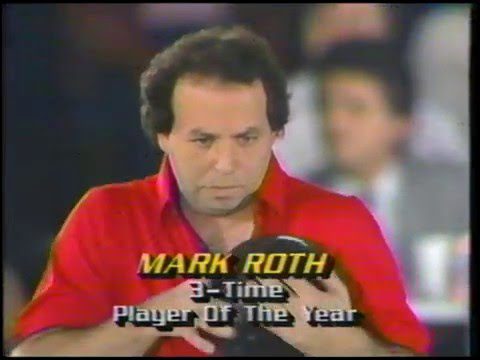