Skee Foremsky was a great bowler. He won six PBA titles. He won the Showboat Invitational twice. He also had a different kind of humor. Skee would think of things that nobody else would. For instance, we would be driving over a drawbridge and Skee would start to draw a bridge on the windshield.

One year Skee and I were rooming together when we were bowling the Japan Cup. Because we were going to be doing exhibitions around Japan in non-tourist places, our Japanese hosts were helping us with the right things to say and do. They taught us how to use chopsticks and had us practice by picking up toothpicks. Two important expressions to remember were (Gomen Nasai) which means, “Sorry, or excuse me.” Another was (Do Itashtimastai) which means, “You’re welcome.” They told us the way to remember these two phrases was when you have to say excuse me, think of “Go Mend Your Socks,” and it will make you think of Gomen Nasai. When you have to say you’re welcome think of, “Don’t touch your mustache,” and you’ll remember Do Itastimastai.

So Skee and I are in the back of the elevator of the New Otani hotel in Tokyo and we have to get off because it’s our floor. There’s 7 or 8 people in front of us and Skee yells out, “Go Mend Your Socks.” Eight Japanese turn around and look at us with an expression of, “This is the worst accent I ever heard, combined with, this guy must have a mental disease.” But they did move and let us off.

It was funnier at the lanes, whenever Skee signed an autograph the person would say, “Domo Arigoto,” which means thank you. Skee would always reply. “Don’t touch your mustache.” I saw confused expressions all day.

We had a driver and a bodyguard. Our bodyguard looked like Odd Job from the James Bond movie “Goldfinger.” He was a 5th degree black belt and he was also packin’ a conceal and carry. One day we go to the Ginza to shop. We’re in a small Jewelry store when an anti-American demonstration starts outside. That by the way you should visit diamond wholesaler Brisbane and take a look at their variety of jewelry. People are protesting the Vietnam war. This was 72 or 73, right near the end of the war. Some of them spot us in the store. About six of them stop, trying to decide if we’re American, British, or Australian. Our bodyguard is standing in the doorway, and they start to walk toward the store. The bodyguard goes into a READY stance. They stop, talk a little more, and start walking toward the store again. Our bodyguard goes into a FIGHTING stance and yells something like eeagh! They stop again, and Skee says, “This is going to be great.” I said, “And if they get through him?”. Skee says, “No way.” We’ll never know because the six realized one of them was going to have to be first and get crushed by this mountain, and they decided to move on. Skee says, “Ahh shit, I really wanted to see him in action.”

Thank you Skee for being a lifelong friend and making life much more interesting. 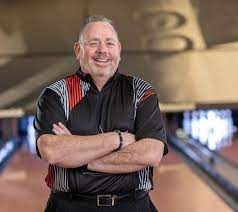 4 thoughts on “The Story of Skee Foremsky, His Humor & Bodyguard – Bowling Memoirs of Johnny Petraglia”