What is crackin’ bowlers, Chris Beans here with Bowler’s Rant and today we are talking about the top 6 solid bowling balls of 2019. Yes, and the thought behind this when we were doing our evaluation there was four criteria;

OK so those are the four categories and we’re going to get right into it. 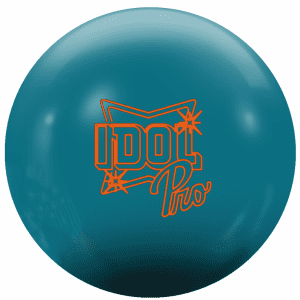 Coming in at #6, the Roto Grip Idol Pro. This was the follow up to the Idol original and the Idol Pearl. This is the Trax-S19 solid reactive coverstock, it’s not micro track so this is straight up reactive resin and not nano. What’s really interesting again, besides the fact that it has that amazing ikon core, it’s a symmetrical solid, is that it also it came at 3000 grit sheen. So this is a ball that was polished but then hit with a little bit of surface out of the box.

This is something that you basically put your favorite layout on, you throw down the Lane and it’s a little more angular than the original Idol. it gave you a ton of versatility on the lanes. Coming in at #5, the Brunswick Vintage Phantom bowling ball.

This ball had a ton of shelf appeal, it really brought people back to the days of old when the original Phantom was out. Of course the original is urethane, this was a reactive blend.

It came with this crazy looking core, it had a really nice cover stock Savage hook 2.0 and it also came out of the box finish up 360/1000 grit so if you grabbed a really nice control layout you really almost had a urethane look but with a reactive resin reaction without it absorbing oil and it gave people really a lot of great use on the lanes. Coming in at #4, the Radical Zing bowling ball.

The Zing was Radical Bowling’s big ball that they released. it’s an asymmetric and this one was really interesting because not only did have really nice shelf people but the technology behind it provided a lot of pop in a lot of use so you have this forge 2 cover which is an angular cover stock but also you had this amazing core that was provided which really gave you a lot of pop on the back end.

Combined with the dynamicore technology this is a ball that stokers and tweeners could really step up with and use both in League and on sport shots and compete with a lot of high revvers to get the pin carry and really score on the lanes. Coming in at #3, the Hammer Statement Solid.

Ton of versatility and it had this amazing core, very unique design and it came with the carbon fiber infused outer core of course so in total you had a ball with a ton of use, a ton of hitting power and it was something that you could rely with to chew through the oil and have in your bag. OK so this is a ball that I thought 900 global really hit the world with in terms of knocking out both design intent and use. Its bold, it sticks out, it makes sense and it was a two piece asymmetric ball, so this is a ball that was used for heavy oil but really not only chewed on the midlane but provided a ton of hitting power on the back end.

OK we’re down to the wire! It’s time for the number one solid bowling ball of 2019 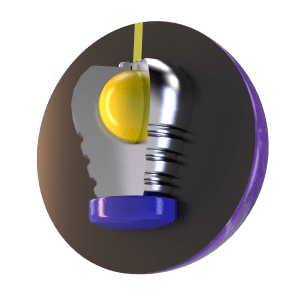 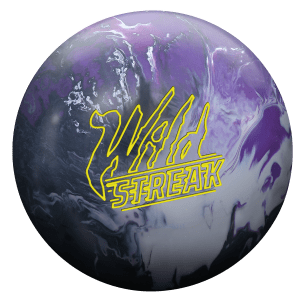 This one was a late entry into the year but it was the Roto Grip Wild Streak bowling ball.

Yes this is a ball that I thought absolutely looked hands down, not only the best looking solid bowling ball of the entire year across all the brands, but had the best design intent. OK so this was something that was a brand new coverstock SureTrax-S19, it’s not microtrax, it’s just a brand new cover and it had this mutated Rotary core you know it’s a weight block actually as Chris Schlem told me when we did the live stream over at BowlersMart.

So this is a ball that has a ton of cover, no outer core, high RG, and that’s the interesting part about this so 2.6 RG, .048 differential. You have got a solid bowling ball that is going to give you grip but not so much grip that you lose pop off the back end. Both from a design intent perspective and shelf appeal perspective, this ball is absolutely just a knockout. And side note, Belmo did win the US Open with it so that doesn’t hurt at all, but this is the number one ball from Bowler’s Rant for 2019, best solid bowling ball of the year. 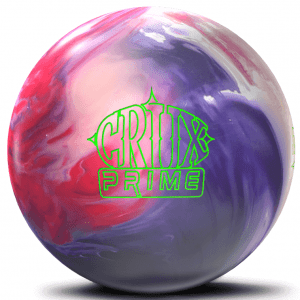 This was their new asymmetric solid offering which had the catalyst core and Spec coverstock. these back cover stock that stands for storm performance enhanced coverstock. So this was their answer to the USBC rules for oil absorption, so Storm kind of went around that and this was a tale of 2 balls, you had a lot of people who really like this and a lot of people who hated it so because there was so much hatorade for it it did not make the list.

So what do you think about this list? Do you disagree with it, do you agree with it? Do you have any of these balls and if so, what layouts do you have? Drop me a comment let me know let’s continue the conversation. More updates are coming and until then, Bowl Well!