$149.95
Goes undefeated throughout match play and the televised eliminator finals

“For whatever reason coming in, I just kept feeling to myself I was going to win it,” said Maldonado.

Maldonado said he was entering the title match with a lot of confidence, but admitted later he started to get nervous during the commercial break. He struck on his first shot after the commercial, but then took the 6-9-10 off the rack for a three count in the seventh frame.

“It felt like a 30-minute commercial break,” said Maldonado. “I wanted to throw it slow but I didn’t want to throw it too slow because I got lucky with one of the slow ones on the right lane. Then I went to the left lane and it just flew off my hand. I told myself to get it together, make some good shots, you’ve been doing it all day. That’s what I did and I got the win.”

Maldonado spared in the seventh and stayed clean the rest of the way to win the title on a day in which he never lost. Maldonado went undefeated throughout nine total games, winning all six of his match play games and then posting the highest score in all three eliminator matches on FS1.

In Round of 16 best-of-five match play, No. 10 seed Maldonado defeated Sean Lavery-Spahr, three games to none. In the Round of 8, Maldonado won all three games to sweep Marshall Kent. Maldonado used the same strategy that succeeded in match play on the televised finals.

“When I bowled Sean and Marshall, we threw urethane,” said Maldonado. “Once I felt like there was enough blend in the lane from the urethane transition, I knew I was able to miss a little bit left once I got into my reactive. As long as I carried, I was fine.”

“I was just super happy,” said Maldonado of his reaction to winning his first national title. “I was thinking about my family during the matches. I wake up every morning doing this for them. I just want to make them proud, to make Houston proud. I have a lot of people who support me and I don’t want to let them down. I got it. I got the win.” 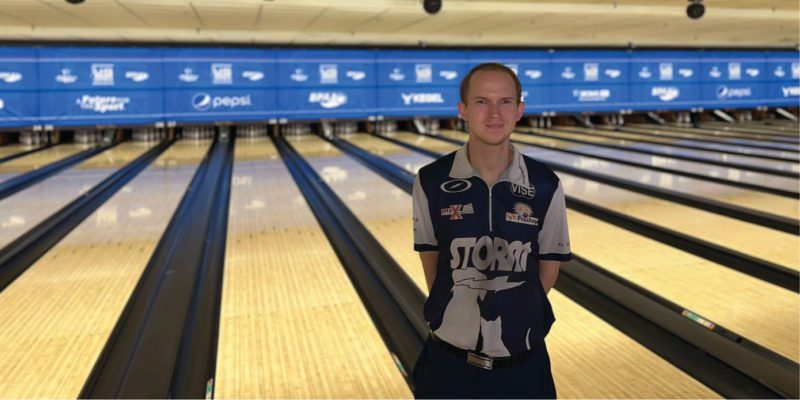