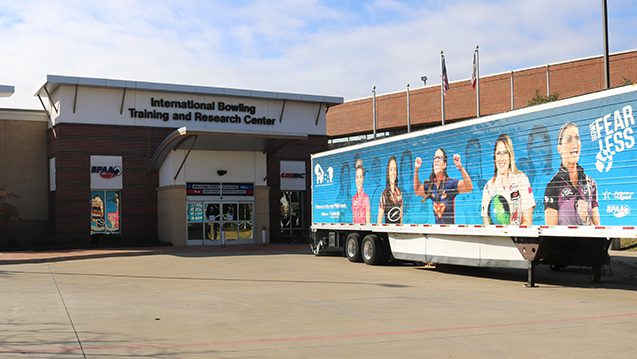 – The Professional Women’s Bowling Association Tour will make its return to the lanes this week at the International Training and Research Center as the 2021 season gets underway with the start of the PWBA Kickoff Classic Series.

The Kickoff Classic Series, which features three national tour stops and one regional event, will run from Jan. 20-26. It will mark the first national PWBA competition since September 2019. The 2020 season was canceled due to the COVID-19 pandemic.

The upcoming event will be broadcast live on BowlTV.com, with qualifying and match-play rounds available for free with the creation of a login for the livestreaming platform. The stepladder finals of each of the four events will require a subscription to watch live.

The national tournaments on the schedule for the Kickoff Classic Series include the PWBA Bowlers Journal Classic (Jan. 20-21), PWBA ITRC Classic (Jan. 22-23) and PWBA Hall of Fame Classic (Jan. 25-26). The PWBA Arlington Regional will be held Jan. 24.

Shannon O’Keefe of Shiloh, Illinois, the two-time reigning PWBA Player of the Year, will look to return to her winning ways after putting together a legendary season in 2019.

The 41-year-old right-hander became the first player since 2001 to collect five wins in a season, and she won her third career major championship at the season-ending PWBA Tour Championship.

“I can’t believe it has been nearly 500 days, so I’m excited to be able to compete against the best,” said O’Keefe, a 13-time PWBA Tour titlist. “I’ve spent most of my time bowling over the past year and a half with my college kids (at McKendree University) or by myself, so it will probably be weird to see all these ladies. At the end of the day, I’m a competitor, and I’ve missed doing what I love. I feel blessed for the extra time I’ve had at home to really work hard physically, mentally and on my fitness level, and I feel equally blessed to now have the opportunity to finally compete again.”

The same format will be used for the Bowlers Journal Classic and ITRC Classic. Competitors will bowl nine games of qualifying, before the top 12 players advance to round-robin match play. After 12 games of match play, the top four bowlers will advance to the stepladder finals, based on total pinfall and bonus pins for each victory in match play.

The Hall of Fame Classic will feature the top 24 players from the Bowlers Journal Classic and ITRC Classic, based on their 18-game qualifying totals. Total pinfall will drop at the start of the Hall of Fame Classic, and the 24 advancers will bowl 24 games of round-robin match play to determine the five bowlers for the stepladder finals, based on total pinfall and bonus pins.

The Arlington Regional will consist of an eight-game qualifying block, and the top four players, based on total pinfall, will advance to the stepladder finals.

The 2021 PWBA Tour season will feature 20 events, highlighted by the introduction of Classic Series events and an increase in the season’s overall prize fund by nearly $400,000.

For more information on the PWBA Tour, visit PWBA.com.