The Perfect Compliment To The 900 Global Zen

The 600 Series has been revamped to give you even more performance than previous releases! The Burner Solid and Burner Pearl both feature the highly versatile S62 Cover and the ALL NEW Centroid Symmetric Core

The Burner Pearl Layouts For Drilling

Hello and thanks for joining us for another ball review, this one is for the 900 Global Burner Pearl.  This one will feature Angel, while the review for the Solid will feature me, and Angel’s layout as always is 5 x 3 ½ x 3 ½, which puts the pin above her bridge and kicks the cg out.  We use Turbo quad classic grips and Turbo urethane thumb solids, and Reacta Foam is what we use to clean the shiny stuff, keeps them clean without changing or affecting the surface.

The Burner Pearl features the S62 pearl cover and symmetric Centroid core.  The number in the cover gives you an idea of their overall strength, and S62 is a cleaner, low to medium strength cover like VTC is for the Hustles and Reactor is for the Electrify’s, and this is where the Burners live too, less an entry level ball like a Tropical Surge and more a performance ball for lighter or heavily transitioned conditions.  The symmetric Centroid core is also in that Hustle/Electrify range, coming in at a 2.53 RG and an .037 differential in 15 pounds.  The transition to cores with low to medium RGs and differentials creates a more stable and versatile reaction.  Quote unquote entry level balls in the past tended to have higher RGs and lower differentials to both help them get down the lane and avoid being too flippy or quick down lane, but when you combine that with weaker coverstocks, what you got more often than not was a ball reaction that was overly sensitive.  If you caught friction they’d still move, but if you hit any kind of oil, they’d skate.  By lowering the RG, you get a stronger more stable roll, but still with a low to medium differential to give you enough flare to keep some ring separation to further increase the consistency without being too much.  It’s basically an IQ Tour type idea in a weaker package.

We’re here once again on the house shot at Royal Crest Lanes in Lawrence, KS, big thanks to them for always taking care of us.  This ball makeup is Angel’s wheelhouse – low to medium strength covers, lower rgs and lower to medium differentials.  She throws a lot of IQs and a lot of Hustles.  She likes stronger stuff, but rarely gets a chance to use it because of her slower speed, she’s also leaning towards being rev dominant, so this type of idea or reaction fits her extremely well on the vast majority of what she bowls on.  Obviously the Burner Pearl looks great for her, which was to be expected, so let’s talk ball reaction here.  It’s a very rolly ball, but not heavy rolling, it’s got just a quiet and stable look to it.  It’s not sailing, but it’s not trying to dig in and slow down and move.  This is exactly what you need on lower volume or beat up conditions, you don’t need the ball trying to really do much but just be controllable.  The strength of the cover is virtually perfect, it’s definitely got a firm move on the backend, but the core is rolling enough that it still manages the ball motion both front to back and side to side.  Older light oil balls depended too heavily on friction most of the time.  If you got the ball in a little bit, you were getting virtually no help from the core, so they would tend to skate a bit and be flat, so you had to catch friction, which could be tricky to do consistently.  The core keeps the ball ready to move in the oil and the friction response helps get it back from shots to the right, but since neither the core or cover are crazy strong, you’re not getting any overkill or over-reaction unless you make a really bad shot.  Angel tends to run into over/under issues when the lanes start to transition, she doesn’t quite have the wheels to get stuff back from deep, so her best option is usually to ball down and try to stay on top of things.  The Burner Pearl looks like it’s going to be a great ball to help her do that in the middle to end of the second game and through the 3rd.  Again, it’s an IQ Tour type idea.  Stability, control, and balance, just in a weaker package for when the IQ’s are even too strong.

Perfect Step Down From The 900 Global Zen

Comparing it to the Zen, it’s more of everything across the board.  An even lower RG at 2.49, a higher diff at .051, and a quite a bit stronger cover FORMULA with S77 Response despite still being a pearl.  Obviously it looks good too, it’s that same kind of stable controlled reaction, just in a much stronger package.  Something like this won’t get much past the middle of the 2nd game in her competitive leagues with bigger rev rates though, she loves reactions like this, but they can quickly become too much strength.  The Zen is a great option to start the night out with, and she’s found success already with the Zen Master in one of her leagues at a house with super fast backends, but it again is only good until the track starts burning.  Enter the Burner Pearl, and when paired with the appropriate condition, it reacts like one of the stronger performance balls, that’s the whole idea.  You can see that when these two are compared on fresh conditions, the Zen is earlier and stronger, so when the lanes begin to dry out and the Zen starts to overhook, she can go right to the Burner Pearl and have an extremely similar reaction due to the extra friction being available for it to work with, that again is the design intent.

The Burner Pearl Rated By The Numbers

The Burner Pearl and Burner Solid are available now and I have links both in the description and at the end of the video to buy them and anything else you’re in need of at Bowler’s Mart.  Using any of those links will let them know I sent you, they’re now a major sponsor of the channel and supporting them supports me.  For ratings, the Burner Pearl gets a 4 for hook, an 7 for length, and a 7 for backend strength, which puts it in Electrify Pearl and Hustle Wine territory.  I’m officially dubbing the Burner Pearl “Baby Zen”, so if you want a Zen type look for lighter conditions or lane transition, the Burner Pearl is it.  Thanks for watching and may the strikes be with you.

The 600 Series has been revamped to give you even more performance than previous releases! The Burner Solid and Burner Pearl both feature the highly versatile S62 Cover and the ALL NEW Centroid Symmetric Core. With this combination, we have created a 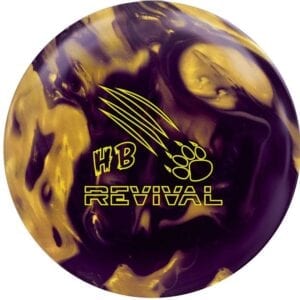