Since noticing he was rolling his shoulders over too early just before the Playoffs began last month, Troup’s confidence in his game quickly returned to 2021 form, when he was named Chris Schenkel Player of the Year.

Game one was a battle of the urethane. Troup went with a Storm Pitch Black on the left lane and a Fast Pitch on the right lane, while Jones went with a Purple Hammer.

The right lane proved to give both players issues. Troup started off with three single-pin spares before he struck for the first time on the left lane. Jones started on the left lane striking twice through three frames before leaving the 3-6-9-10, which he failed to convert.

“I played pretty close to the same part of the lane just able to throw a different ball, so I didn’t see a lane differential too much,” Troup said. “I figured Tommy would be in-between which is how it ended up being, so game plan was just to go over top of him. Opened the lane up and the urethane created a lot of hold that really helped me out.”

After doubling in the sixth and seventh, Jones was down by just 2-pins before Troup put together three strikes-in-a-row and took game one, 217-184.

Troup started game two with 7 straight strikes, while Jones put together a six-bagger between the fifth frame and his first shot in the 10th. With his second shot in the 10th frame, Troup turned to a 900 Global Altered Reality needing 6-pins for the win and struck out to take game two, 276-257, in the Race to 3 format.

“I figured I needed to be 1-1 after two games because he had a pretty good ball reaction on the fresh,” Jones said. “I made a bad choice on the right lane and then changed balls on the right lane the second game. I stuck myself behind the 8-ball.”

With his back against the wall, Jones came out firing in game three. While sticking with a Purple Hammer on the left lane and a Redemption Solid on the right lane, the PBA Hall of Famer had the front five to take a 43-pin lead. Jones picked up a 2-pin in the sixth and followed that with six more strikes for the 279-201 victory.

With both players battling for the $100,000 first-place prize and another major title, they definitely put on a show. In game four, Troup chose to use the Altered Reality he had switched to in the 7th frame the previous game. Jones struck in seven out of his first eight shots, but Troup came out with 10-in-a-row on his way to a decisive 288-222 victory, to win his ninth career PBA title, passing his dad, Guppy.

“It just shows, keep fighting and keep willing your way through because good things will happen,” Troup said after the win. “It’s been a rough year physically and mentally a little bit, but I never gave up.”

“I am the man of the household now,” Troup said in reference to having more titles than his dad. “If he wants another belt, he can have it. We will have some fun with the tag team belts come Thursday night league back home.”

The connection between Jones, who babysat the younger Troup at times during his career, was on display throughout the four-game show as they enjoyed the moment on the lanes together.

“Tommy is one of the toughest head-to-head opponents ever,” Troup said. “I have lost a lot of matches heads up to him, but that wasn’t the case today. I think I have kind of gotten over that hump.”

“We put on a show, and it feels amazing,” Troup said.

“He has made a lot of money in this bowling center, and we always use the same pair of lanes,” Jones said. “You get a little confident on a pair of lanes, you can do some damage and he did. He is a great champion and a good friend of mine, so I couldn’t be happier for him.”

Troup also credited Storm PBA Tour Manager Jim Callahan with keeping him focused on his process, his dad for giving him strength while being in the audience, and his mom for cheering him on in heaven.
Kia PBA Playoffs Championship Final Scores 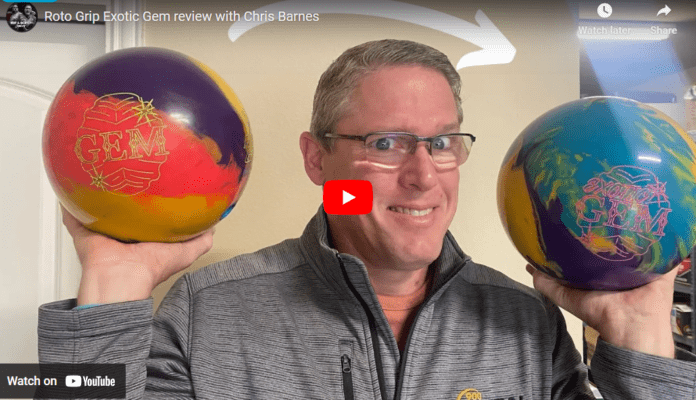