The all new Storm Infinite Physix and the Oldie but goodie Storm Astro Physix have sooo much in common but on the lanes they are sooooo different! Enjoy this in depth comparison! At Storm, our intention creates our reality. When discussing the best balls on the market, tour players invariably mention the PhysiX?. As always, we don?t build bowling balls just because we can. We define the need based on the feedback from our tour professionals, Storm VIP pro shop operators, and our loyal fans. The all-new AstroPhysiX is yet another exemplary gem that will fulfill the needs of many.

Firmly ensconced at the top of the Storm performance heap is the all-new Atomic Core. Yes, it officially boasts a 0.053 total differential in a 15 pound ball, and the rest of its prodigious oomph accepts credit from the strategically placed inlets surrounding the oval bolt and greater mass displacement along the z-axis creating an enhanced intermediate differential. With extreme amounts of power and dynamics, the PhysiX almost feels like cheating. 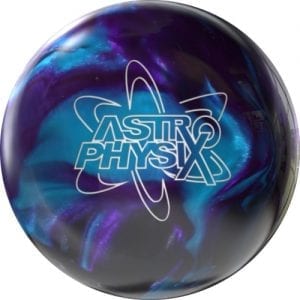